Congratulations to the winners and finalists of the 2019 Premier’s Excellence Awards.

The Premier’s Excellence Awards recognise public sector employees and teams who have delivered exceptional outcomes for South Australians, through delivering exemplary services, putting South Australians at the centre of their work, and consistently demonstrating the Public Sector Values.

Premier Steven Marshall presented winners and finalists with their awards at Parliament House on Tuesday 3 December 2019.

Congratulations to this year’s winners and finalists for their outstanding efforts! 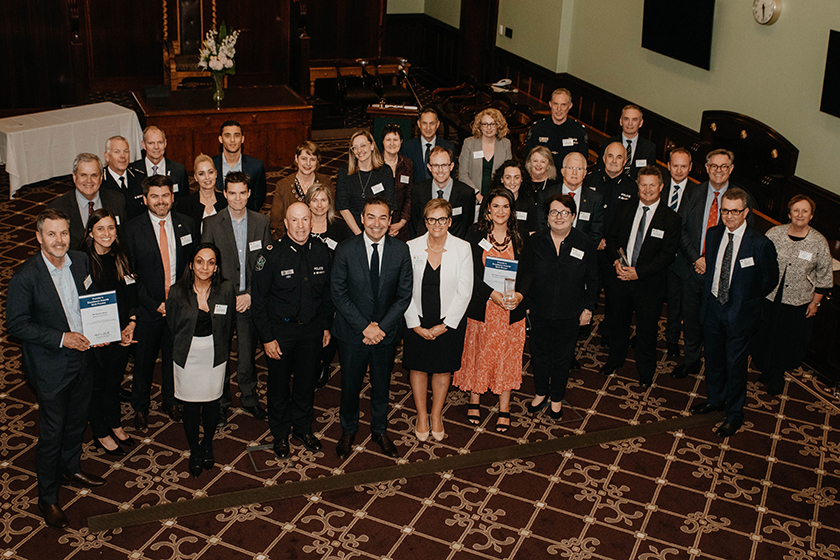 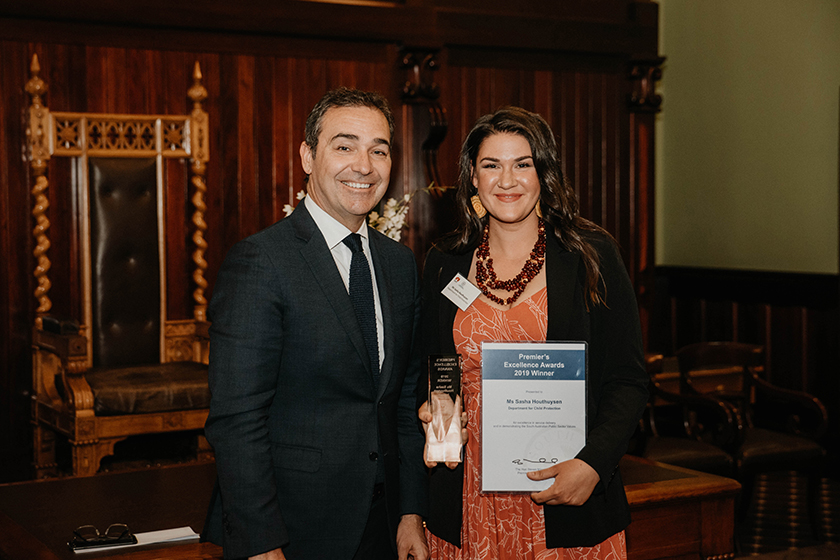 Through training, guiding and advising case workers and other DCP staff, Sasha has influenced the way social work staff engage with Aboriginal children and families.

She also supports staff in understanding Aboriginal families, with professionalism, warmth and creativity by leading the training and cultural awareness activities to more than 100 case workers and Aboriginal parenting practices training.

Sasha has designed her own training programs and culturally-specific tools, and staff have commented that they come away from training sessions with a renewed commitment to Aboriginal practice. 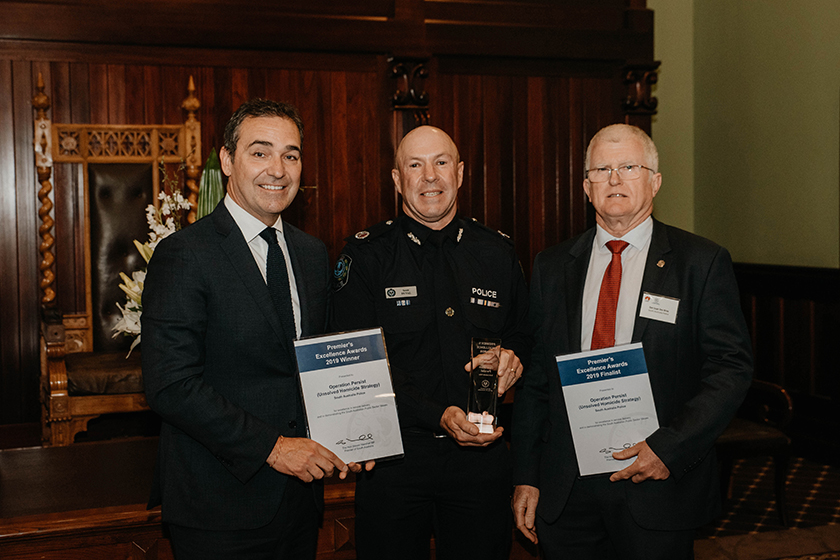 Operation Persist is a unique and holistic ‘unsolved’ homicide strategy that was implemented by South Australia Police in March 2015 to review and, where appropriate, conduct renewed investigations into unsolved homicides dating back to 1960.

Significantly, the arrest of these dangerous offenders has enhanced public safety and has been achieved within the existing South Australia Police budget. 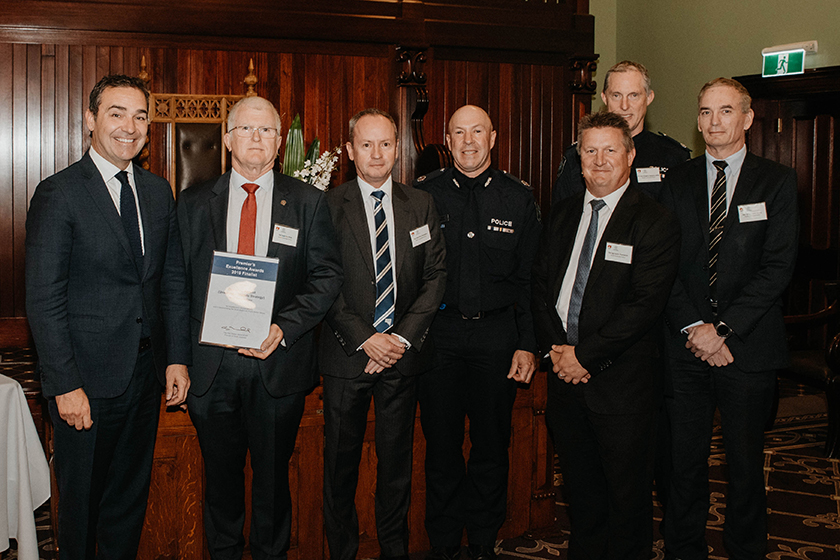 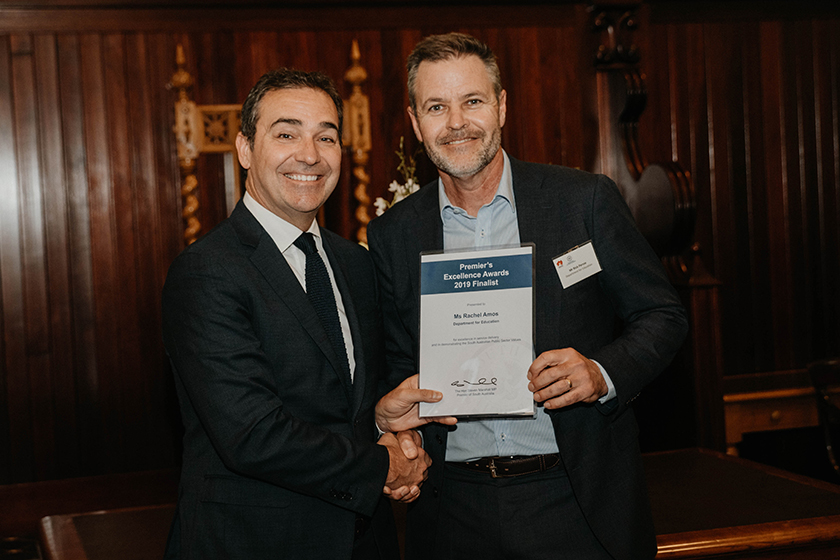 As an early childhood worker in Port Augusta, Rachel observed that many Aboriginal families were not receiving the same transition programs into preschools that other families received.

She helped design a transition playgroup for two-year-old children from Aboriginal families. The outreach program is run every week and is now being adopted in other centres across Port Augusta.

Rachel supports parents by helping them understand the importance of regular preschool education for their children. She also supports non-Aboriginal staff by providing advice and helping them learn how to form connections with Aboriginal families. Rachel now works with all preschools in Port Augusta and families who travel from more remote settings to support Aboriginal family attendance. Dr Hardy is the first obstetrician in Australia to train in genetic pathology. Inspired by couples who were at risk of having a child with a genetic condition, Dr Hardy developed a new technique for genetic testing.

Couples at risk of having a child with a genetic condition now have access to quick and cost-effective testing. Dr Hardy also sees couples who have experienced pregnancy loss and can follow them through their next pregnancy and provide end-to-end care as they undergo IVF, embryo testing and prenatal diagnosis.

This allows couples who are at risk of having a child with a known genetic disorder to have pre-implantation without needing complicated and expensive services. This is achieved through providing 14 different concessions and rebates on essential household services such as energy and water, companion cards, Glasses SA and more. The costs and resource efficiencies directly and positively impact on the community by making concessions easier and quicker to access, making government more efficient.

Concessions SA designed its processes around customer-centric principles which enabled a reduced application processing time from 2-3 months to less than one week on average. 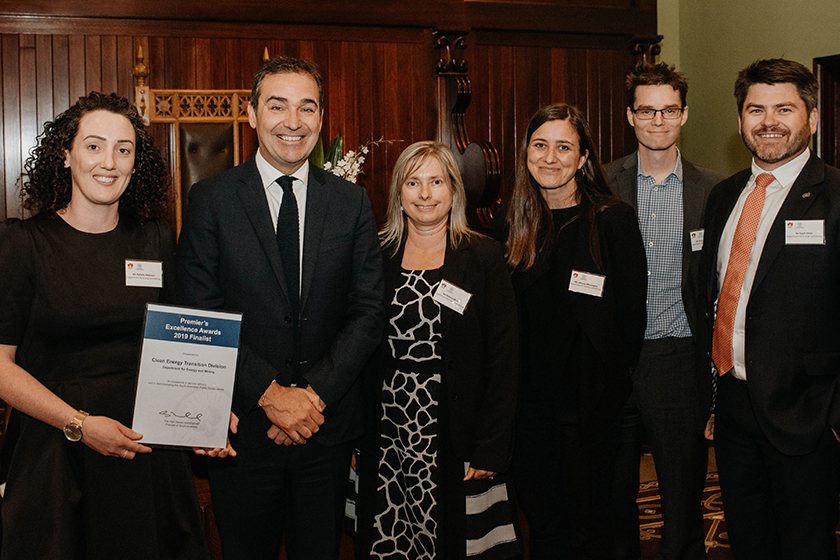 The team’s projects have significant reach, scale and complexity, including the South Australian Concessions Energy Discount Offer in which more than 50,000 South Australian concession holders are getting the best available energy offer in the market, reducing electricity costs for the most vulnerable in our community.